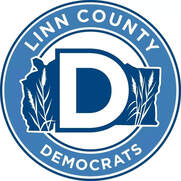 WHEREAS, a stated goal of the Democratic Party is to encourage voters to participate in the legislative process, and lobby days rallies and testimony to senate and house committees take place at the capitol
WHEREAS, there are frequently armed persons pacing the Oregon state capitol rotunda and halls during public hearings, and
WHEREAS, this is felt as an implicit threat of violence by many of the unarmed and that this threat is a deterrent to their participation in hearings and demonstrations at the capitol, and their right to freedom of speech, and
WHEREAS, the state has an obligation to provide a safe working environment for legislators, staff and the public, and
WHEREAS, the state capitol doors have been breached by both violence and insider collusion and its capitol police have been attacked by armed persons including with chemical irritants such as bear spray, and
WHEREAS, this implicit threat of violence has now become a real and acted upon threat,
THEREFORE, THE DEMOCRATIC PARTY OF LINN COUNTY RESOLVES AS FOLLOWS:
Section 1.  The Democratic Party of Linn County urges the passage of Oregon State bill SB554 to modify existing law to allow the state, local governments, and schools to prohibit weapons in their buildings.
Section 2.   And that the Oregon State Legislature pass a law forbidding such
Adopted by LCDCC on April 1, 2021

Download File
Resolution  2019-02:
A Resolution Supporting Campaign Finance Reform
WHEREAS the State of Oregon currently has no limit on the amount of money that candidates for local and state-wide offices can raise or spend from any individual, organization or corporation; and
WHEREAS the 2018 election was the most expensive in the history of Oregon1, with over $40 million raised in the race for Governor, over $18 million raised in State Representative races, and over $10 million raised in State Senate Races; and
WHEREAS the largest contributions from an individual, Phil Knight, totaled over $2.5 million, and the largest contributions from an out-of-state organization, the Republican Governors Association, totaled over $3 million; and
WHEREAS the 2017 Linn County Democratic Central Committee Platform states “Campaign finance laws should prevent undue influence of corporations and the wealthy in our elections.”; and
WHEREAS Article 5, Plank 5 of the Democratic Party of Oregon Platform states “We believe money is not speech and government at all levels shall regulate, limit, or prohibit campaign contributions and expenditures to restrict the influence of private or corporate wealth in the election of candidates or passage of ballot measures. Any permissible contributions and expenditures shall be publicly disclosed.”
IT IS THEREFORE RESOLVED that the Linn County Democratic Central Committee will support efforts to reform Oregon’s campaign finance laws, including, but not limited to, implementation of donation caps and more strict disclosure requirements.
RESOLVED by the Linn County Democratic Central Committee on this 4th day of April, 2019.

Download File
Resolution 2019-01:
A Resolution Affirming Health Care as a Human Right and Endorsing Health Care for All Oregon
WHEREAS elected officials in Linn County have reduced funding for critical health care programs, including mental health services and preventative care, that residents of Linn County rely on; and
WHEREAS according to the Oregon Health Authority, 46% of the residents of Linn County are insured by either Medicare or the Oregon Health Plan – 5% higher than the state average – and 8.7% are uninsured – 2.5% higher than the state average1; and
WHEREAS Article 6, Plank 6 of the Democratic Party of Oregon 2018 Platform states “We support the adoption of an equitable, high-quality, comprehensive single-payer health care system that includes general, preventative, and emergency care plus vision, dental, hearing, and mental health services at the state or federal level”; and
WHEREAS the mission of Health Care for All Oregon is to “bring equitable, affordable, comprehensive, high quality, publicly-funded health care to everyone in Oregon and the United States.”
IT IS THEREFORE RESOLVED that the Linn County Democratic Central Committee affirms that health care is a human right, and that we will advocate for single-payer health care for all Oregonians; and
IT IS FURTHER RESOLVED that the Linn County Democratic Central Committee endorses Health Care for All Oregon in their mission to expand publically-funded health care to all Oregonians.
RESOLVED by the Linn County Democratic Central Committee on this 7th day of March, 2019.